A timeline of just a few significant dates in the Coalition’s history. 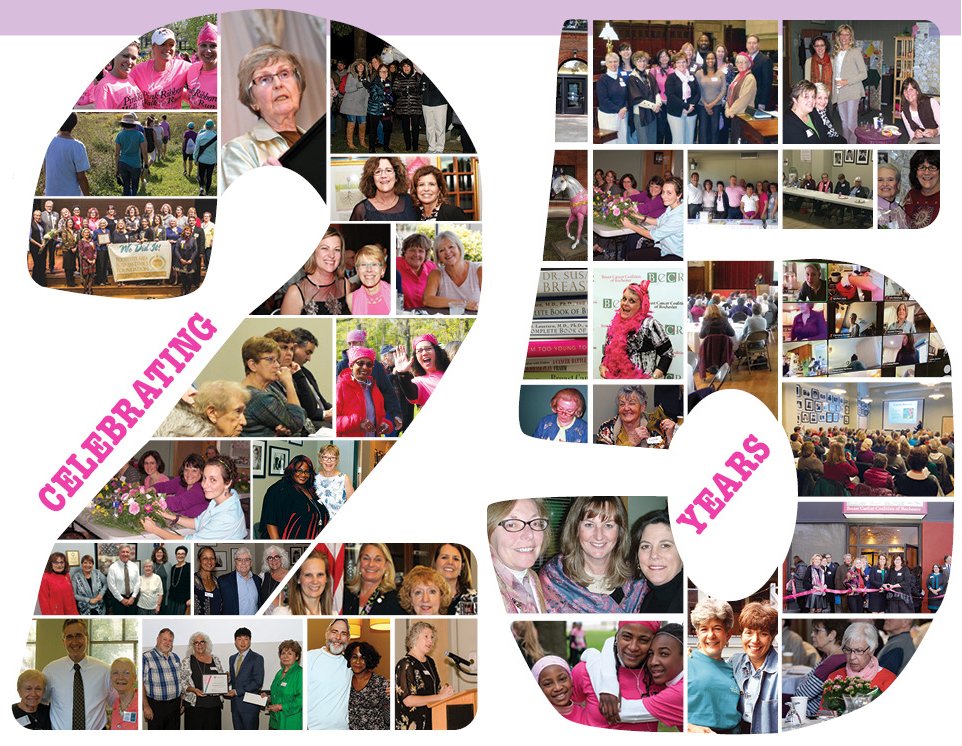 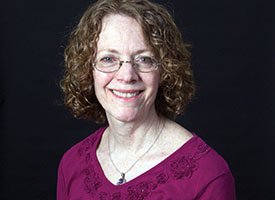 Having received their IRS Determination letter, they met for the first Board of Directors meeting as a newly incorporated nonprofit organization.

A group of five Coalition advocates traveled to Washington, D.C. to attend the NBCC* National Advocacy and Training Conference, which has since been re-named the Advocate Leadership Summit. Coalition advocates have made this a priority in subsequent years.

Finding a P.O. Box and answering machine in a member’s home insufficient, the emerging group opened their first office at 200 Park Avenue, in the heart of Rochester.

In the challenging aftermath of 9/11, Holly Anderson began her tenure as our Executive Director. She had taken an active leadership role at the Coalition after her breast cancer diagnosis in 1999, and is still at the helm today.

The first annual walk and run was held on Mother’s Day in the pouring rain at St. John Fisher College. At first called Heart and Sole, the event was re-named the Pink Ribbon Walk and Run in 2004. It is a signature event for the Coalition that has continued to evolve through the years.

To accommodate developing services and programs, we moved into a more spacious location just a mile away at 840 University Avenue.

The first annual Terri Schmitt Legislative Reception was held and continues annually in memory of this early Coalition Director. Terri saw the importance of collaborating with legislators on matters that make a difference for cancer survivors, laying a strong foundation for our Advocacy Committee.

The first annual Cindy Dertinger Advanced Breast Cancer Seminar: Tools for the Journey was held. Cindy, a cherished member of the Coalition’s survivor community, died of metastatic breast cancer in 2003. In collaboration with her employer, M&T Bank, this seminar continues to be offered every year.

Coalition Advocates were successful in the passage of the 48-hour Neighbor Notification Law in Monroe County, which requires prior written notification to the owners of adjacent properties before commercially sprayed pesticide applications.

A pilot program of yoga classes for breast cancer survivors held at the Coalition quickly became one of our regular program offerings due to its popularity.

The first networking group for young breast cancer survivors began meeting at the Coalition. This group morphed into the quarterly Young Survivor Gatherings, which were initiated in 2008.

January 2009 – Our Advisory Council is Formed

The Coalition leadership and staff saw the need to collaborate with community experts who possess specific knowledge and skills. These treasured partnerships have been invaluable to us through the years.

The demand for our yoga classes grew to the point where additional evidence-based movement programs were offered such as Qi Gong, Tai Chi, Reiki, Feldenkreis, Pilates, Fluid Motion, and Mindfulness.

After proposing the addition of a mammography unit to the Anthony Jordan Health Center, the Coalition made a significant financial contribution toward the installation of this unit located in a city neighborhood where access to screening is limited.

After holding a series of focus groups that identified a strong need for support among gynecologic cancer survivors, the Coalition opened its support programs to those facing this group of cancers. They have become cherished members of our survivor community.

Coalition advocates were instrumental in the passage of New York’s medical marijuana bill. This law allowed cancer survivors access to a botanical remedy to alleviate the effects of their disease and/or treatment, and paved the way for further legislation.

When it became clear that a location with off-street parking would benefit our survivor community, we moved two blocks to our current home at 1048 University Avenue.

January 2016 – Reaching Out to a Wider Region

After conducting a series of roundtable discussions with survivors throughout Central and Western New York, we extended our reach into the nine-county region surrounding Monroe County. Today, we serve 27 counties.

We were honored to be selected as the recipient of the 2018 Ethies Award by the Rochester Area Business Ethics Foundation (now Elevate Rochester).  We are proud of our high ethical standards and strive to build on that strong foundation in all we do.

When Covid-19 struck, the Coalition remained open. Staff quickly pivoted programs and services to virtual platforms. They were inventive, flexible, and compassionate in ensuring that survivors would have access to our programs without interruption.

With the awarding of a $25,000 grant to a Cornell post-graduate student, the Coalition surpassed $1 million dollars in the provision of funding to regional researchers since the program’s inception.

This year, the re-imagined walk and run combines the pink ribbon of breast cancer with the teal ribbon of gynecologic cancers, and introduces a brand-new name: The Pink and Teal Challenge! We hope to see you there!

This story appeared in the Winter 2023 newsletter, Voices of the Ribbon.