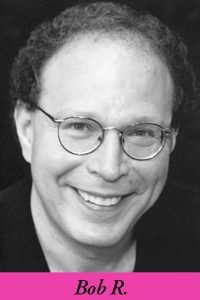 Bob has been active in patient advocacy since he was diagnosed with breast cancer in 1996. Since then, he is also a thriving prostate cancer survivor.

For nearly twenty years, he worked at the Ithaca Breast Cancer Alliance, including several years as Executive Director, which later became known as the Cancer Resource Center of the Finger Lakes, a cancer support organization serving the cancer community in and around Ithaca.

Since 2017, he has been employed as the patient advocate within Cornell University’s Physical Sciences Oncology Center. His primary focus is connecting cancer researchers and fellowship trainees with the local patient community. He is our frequent “go-to” person for men with breast cancer.