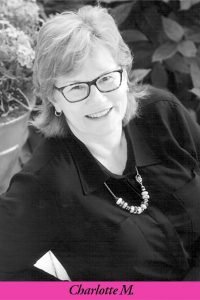 “I can do this.” That’s what I was thinking when I got the call on November 17, 2006. As I sat in the parking lot outside my son’s karate dojo, absorbing what the radiologist was “surprised and sorry” to tell me, I knew that I could handle breast cancer.

Maybe it wasn’t confidence so much as a personal pep talk. After all, there were people depending on me—including that 10-year-old son waiting for me to watch his kata, his 16-year-old sister who now had the burden of a family history of breast cancer, and my husband, their father, who had been the shining example of how to handle adversity and now had to watch me cope instead.

“I can do this,” I said, when a couple of weeks later I had my mastectomy and reconstruction surgery. Then again, a week later, when they removed my lymph nodes and found the cancer had spread.

I kept repeating it, as I went through months of chemo. Even as my hair fell out, the drugs forced me into early menopause, and I experienced fatigue that permeated every cell in my being. My mantra gave me strength, including during those dark moments when I wasn’t quite so sure that I could do this.

I didn’t do it alone, though. Along with my supportive family, friends, co-workers, and employers, there was another rock: the Breast Cancer Coalition. In the years since, I’ve benefitted from the Coalition’s offerings as well as the friendships forged there with others who “get it” (because they got it, too).

Just as importantly, I’ve found opportunities to turn “I can do this” into “we can do this.” We can fight this disease. We can support each other. We can elevate awareness. We can stimulate action. We can find a cure. And I’ll keep saying it for as long as I have to: We can do this.