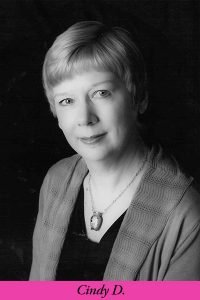 Even though there is a strong history of breast cancer in my family, it was still a shock when the technician discovered a small lump while positioning me for my routine annual mammogram on May 1, 2006. An ultrasound and biopsy followed, along with the discovery of another mass in the armpit on the same side as the lump. I had detected neither of these in a recent self exam. I was told to expect confirmation of a cancer diagnosis the next day and I did indeed receive that dreaded phone call with confirmation of invasive breast cancer (triple negative) that had spread to the lymph nodes. I was directed to find a surgeon and an oncologist because chemotherapy would be required. Not knowing where to turn, I called a friend whose sister had been diagnosed with breast cancer. My friend referred me to her sister’s surgeon and told me “You must call the Breast Cancer Coalition.” I took her advice on both counts and am very happy I did.

I came to the Coalition for a “Breast Cancer 101” consultation that helped me understand my diagnosis and prepare me for subsequent appointments with the surgeon, oncologist and radiologist. I also attended a “Brown Bag” lunch and took much comfort from the other women who were members of the same club no one wants to join. I received much love and support from my husband and other family members as I underwent 4 months of chemotherapy, a lumpectomy and 6 weeks of radiation. I was especially thankful for and inspired by my mother, who was then a 20 year breast cancer survivor. I emerged a stronger, better informed self-advocate who was not afraid to ask questions or make decisions regarding my care and recovery.