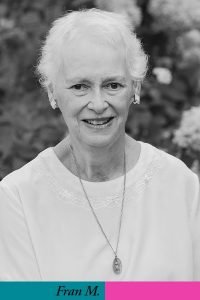 My battle with breast cancer began September 2016.  At my annual physical with my gynecologist of 40 year, he detected a small irregular lump in my left breast.  After a mammogram and biopsies, I was scheduled for a mastectomy.  I also went through genetic testing for the BRCA gene, which was negative.  Surgery was successful, and I did not require chemo or radiation.  But that was not the end.

In September of 2019, at another physical with my gynecologist, he suggested I have a biopsy for uterine cancer.  I was diagnosed with Endometrial cancer, grade I.  In October, I had a complete hysterectomy.  This time, the surgeon recommended chemo and radiation.  I finished my chemo in early March and my radiation treatments late March.  The COVID crisis was not at full strength and for that I am very thankful.

In 2016, a friend of mine suggested I contact BCCR.  It was the beginning of a tremendous support group.  I started attending Friday Brown Bag meetings at BCCR, and am continuing online during the COVID crisis.  I have also participated in various lectures, gentle yoga and meditation sessions.  I see my involvement with BCCR being a life long partnership.