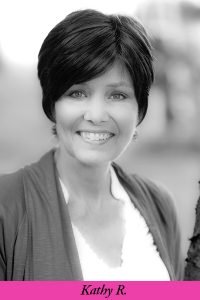 I had just turned 46 in January 2004. I had a mammogram in January, but felt a lump on the side of my right breast in April. I let it go a month hoping it was just fibrocystic lumps I went back in for another mammogram and although it didn’t show on the mammogram, I was diagnosed with lobular cancer. It had already spread to two of my lymph nodes. I had chemo first, followed by a bilateral mastectomy. I still consider the single/double decision to be the hardest I ever had to make, but because of my strong family history, the fact that lobular tends to recur in the other breast and because it had gone to my lymph nodes, I decided to go for the bilateral and reconstruction. BCCR was my biggest support during this difficult time. Surgery was followed by six weeks of radiation, and five years of Tamoxifen. I had done all I could and enjoyed seven healthy years, watching my daughters grow, and videotaping monthly seminars at BCCR when I had a recurrence in my abdomen and bones. First, I tried a raw vegan diet, but when fluid in my abdomen called ascites built up, I knew it wasn’t enough to keep the cancer at bay. I’m currently on a chemo regimen and will soon know how it is working. I can only take it one day at a time, and am grateful for the people in my life that make my life so worthwhile.