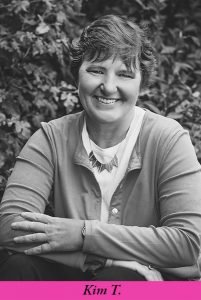 In July 2014 at the age of 51, I was diagnosed with breast cancer. I went for a routine mammogram. A few days later, I received a phone call telling me they “would like additional images.” I thought to myself… “Seriously, why can’t they do their job right the first time?” So I went on a Friday afternoon. After a long weekend, I received the call, “We found cancerous cells.” Not believing what I just heard, I responded “What does that mean?” After a short explanation, I hung up the phone, and it felt like I fell into 100- foot hole with no ladder.

Three days later, thanks to a friend, I called the Breast Cancer Coalition of Rochester; it was a late Friday morning. I was encouraged to attend the Brown Bag support group which was going to start in about 10 minutes. I thought “no, I don’t need a support group.” I sat down on the couch, started to feel sorry for myself, cried, and thought maybe I do need a support group. So off I went.

What a great find!! Women who I had never met, opened their hearts and arms to me and guided me in the right direction. The knowledge that I learned from these women allowed me to make smart informed decisions, regarding doctors and treatment choices. After assembling my medical team, and learning I had to do the one thing I hoped I wouldn’t have to do…chemotherapy, I went home, found an old door stored in the garage. The door was brought down, and I took a sledgehammer to it. This was a great stress reliever and pretty much set my attitude for the months ahead.

Now 4 years down the road, still attending Brown Bag, and being an active volunteer at the BCCR, many people ask, “why are you still involved with BCCR? Your cancer treatments are done, you’re fine.” My answer is, because this GREAT organization did so much to help me, it’s my way to pay them back. It is also my way to help those who are newly diagnosed, and are scared just like I was a little over 4 years ago.

I always say, the best thing about having breast cancer, if you can believe there is a best thing, is the great friends I have made. I know that if I were ever in need support in the future my “breast” friends would be there for me. For that I will forever be grateful to the Breast Cancer Coalition of Rochester.