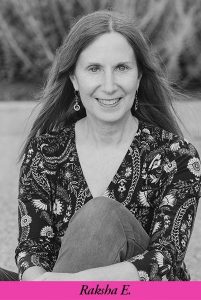 I’ll always remember the call. I was diagnosed with breast cancer in April 2003 at the age of 41, after finding what felt like a marble in my chest.  In my state of shock, I tried to make sense of the news. Was it because I went to a tanning booth a few times before a trip? Was it related to the injury I had sustained to my chest when I accidentally banged into a hard divider wall in a dark movie theater? I had a healthy diet, practiced yoga, had a loving circle of friends and family, had many varied interests and a career choice I loved.

Thankful that I’d previously met Holly Anderson and knew of the Breast Cancer Coalition, so I called her within days of being diagnosed and received listening and support. I decided on having a lumpectomy, which was followed by a re-excision when the original margins were not clear. The margins on the re-excision also came back unclear, so I proceeded to get several more opinions and I worked with an herbalist in California who prescribed supplements. During my lengthy processing time, I developed a second invasive tumor where the first one had been. I then surrendered, and had a mastectomy in Jan 2005, followed by Tamoxifen for five years.

I had a dream shortly after my last surgery that my breast grew back. Of course, this did not happen. Today I celebrate being here, on earth, still. I celebrate and continue to cultivate being healthy, and I work at embracing goodness and not sweating the small stuff (which is most stuff). I am happy to give back to the Breast Cancer Coalition community of survivors through yoga instruction throughout the year.