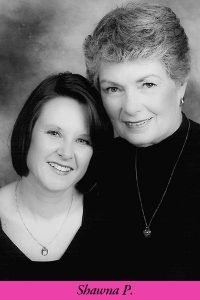 On September 10, 2008 I celebrated my 14th wedding anniversary. That same day I received a call telling me I had breast cancer. I was 38 years old and had three daughters, ages 11, 9 and 7. I was a Brownie leader, Treasurer for the PTA, and a room parent at school. I said several times, “I’m too busy to have breast cancer.”

Having a mother who is also a breast cancer survivor, I had often thought to myself, “What would I do if I were ever diagnosed?” I had had the mastectomy vs. lumpectomy debate in my head several times. As it ended up, a lumpectomy was not an option for me and that made the decision to have a bilateral mastectomy with implant reconstruction an easy one. That was followed by six and half weeks of radiation.

I was very fortunate to have an amazing support group of family and friends who made meals, watched my children, and were there for me every step of the way. It made me realize how truly blessed I am.

About three weeks after my diagnoses I was feeling particularly down. I found the number someone had given me for the Breast Cancer Coalition of Rochester and decided to give them a call. Two days later I attended my first Brown Bag Friday. That was the best decision I ever made. I was surrounded by a group of women that had experienced the same fears that I was currently going through. Just hearing their stories gave me so much hope, I knew that I could make it through this. I continued to attend Brown Bag each Friday where these amazing women would answer questions, share advice, and shower each other with love and support. I also attended the Young Survivor Support Group and the Gentle Yoga classes, where I met more wonderful ladies who were more than willing to share their stories, offer advice, and to tell me that I would get through this.