Each Day is a Gift 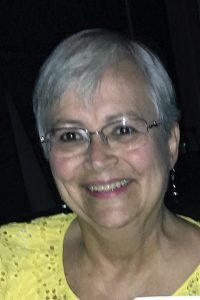 I was born and raised in Rochester. My husband, Jack, and I have been married for 41 years, and we have three adult children and four grandchildren. We feel incredibly fortunate that our kids and grandkids all live here in Rochester.

On July 29, 2016, I was diagnosed with stage IIIC ovarian cancer. Prior to my diagnosis, I was having a number of gastrointestinal issues – burping, heartburn, feeling bloated, and a decreased appetite. At the time, I was preparing to go on a “girls” vacation with our daughter and two granddaughters so I put off seeing a doctor until after our trip. When we returned, I was bloated to the point that I looked pregnant—and at 64 years old, that was definitely not possible! During a consultation with my gastroenterologist, he indicated my abdomen was full of fluid. Within an hour I underwent an ultrasound, a CT scan, and had the results. It was cancer, my doctor told me, but the origin was unclear. Even though the tests showed ovarian cancer cells, the abdominal fluid made it difficult to tell where the cancer originated. It wasn’t until three weeks later that exploratory surgery revealed the source.

My treatment began with four rounds of a platinum-based chemotherapy regimen. Then I had debulking surgery to remove as much of the cancer as possible. I also had a colostomy, as a large tumor on the intestines was removed. Three months later, the colostomy was reversed. After the initial surgery, I went for three more rounds of the original chemo. Next, I was put on an oral maintenance chemo pill, but it did not prevent recurrence, so I proceeded to another infused chemo plus Avastin, a targeted therapy that was administered every two weeks. I have yet to go into remission and have moved to Stage IV. I’m currently on a fifth type of chemo and am thankful that, for the most part, I still enjoy a normal life.

My personal key to long-term survival is the four “F’s”: Faith, Family, Friends, and Fun! My family has been a tremendous source of strength and encouragement, as have my friends. I also have an awesome medical team. I make it a point to do something fun each day or at least have a good laugh. And I give thanks daily for all the blessings this journey has given me.

I have learned to embrace the whole experience of living with cancer as my new “normal”. The weekly or biweekly trips to chemo have become part of my social life. I don’t sweat the small stuff anymore; in the larger scheme of life, it’s no longer a big deal. I have also met some amazing people on this journey. One of my good friends always says that “Every day is a gift; that’s why it’s called the present.” I truly view each day as a gift.

As women, so many of us are used to taking care of everyone else. But with any cancer diagnosis, it’s important to make a commitment to taking care of ourselves. For those recently facing a gynecologic cancer diagnosis, now is the time to put yourself first! Don’t be shy or feel guilty about asking for help with housework, childcare, shopping, or anything else you may need. This is a good time to evaluate who the people are in your life that can support you. Steer clear of negative people and negative energy. Continuously put positive thoughts out to the universe; find an affirmation that you recite daily that will keep you positive and focused on healing. Reach out to others who are on this same path. We are here for you!